How to Turn on a Gas Fireplace the Right Way 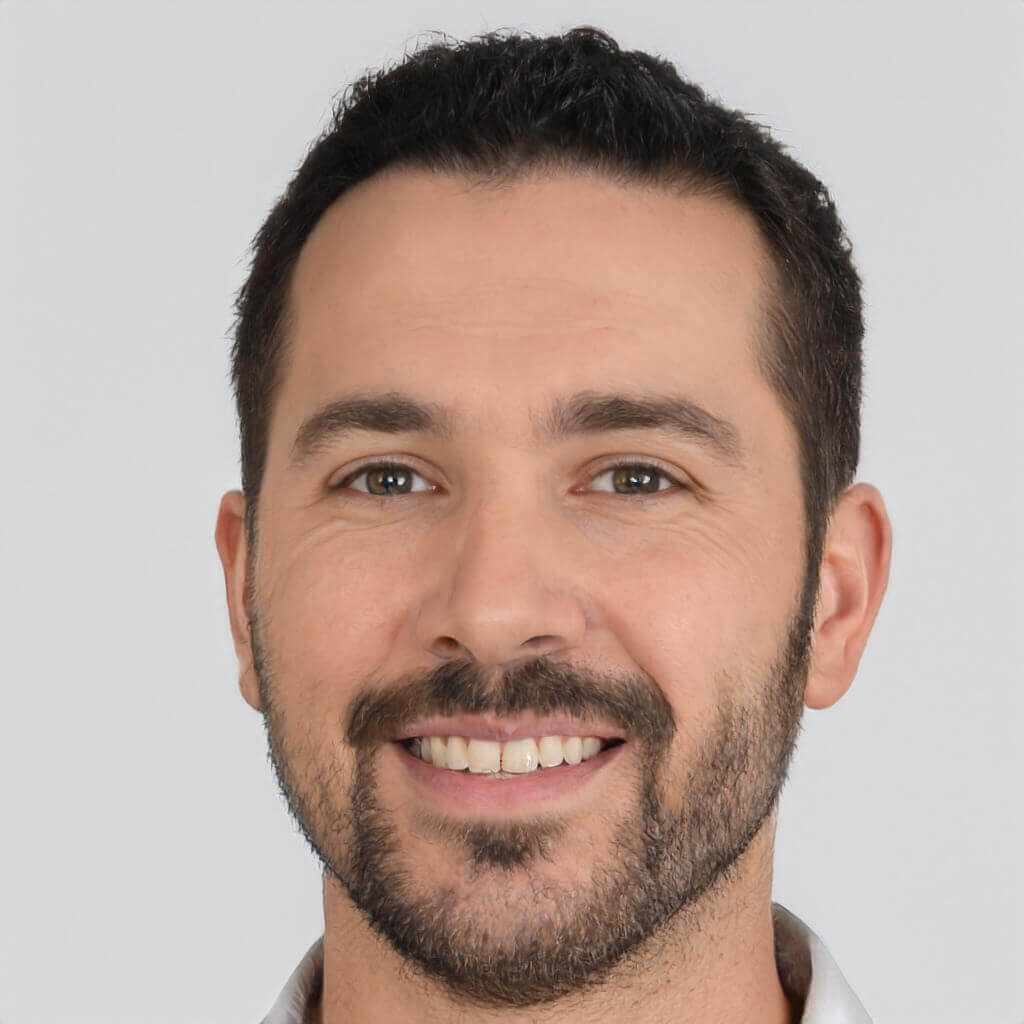 During winter, everyone enjoys the feeling of sitting by a cozy fire with a hot cup of coffee or tea. Gas fireplaces can make this experience even better since they require no tending and almost no cleaning.

Gas fireplaces are becoming more popular thanks to their convenience. The models have also improved in recent years, with realistic designs and flames that resemble burning logs.

Starting a gas fireplace is easy and straightforward. However, if you have never used a gas fireplace, you’ll need to become acquainted with some of the controls and dials. Take the necessary safety precautions and follow your fireplace’s manual. 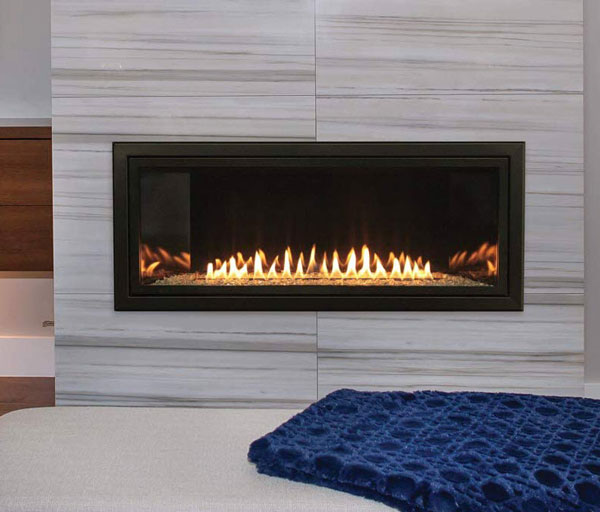 There are usually two ways to turn the gas on a gas fireplace. There can either be a valve or a key system. To open the valve, turn it, so it’s parallel to the gas line. This should open the line, and the gas will start flowing to your fireplace.

Some fireplaces work with a key that you turn inside a hole right by the fireplace. It’s a built-in system you might find in condos or vacation homes. Turn the key inside the hole in the right direction. There should be a marker around the hole pointing the direction. By turning the key, you open the flow of gas to the fireplace.

Push in the button with the options on-off-pilot, and leave it pressed. While you are pressing this button, press the trigger or button for the igniter. Usually, this button doesn’t have any marks or names. It’s just a plain button. While pressing the pilot button, press the igniter trigger to light the pilot. Now you should have a small flame in the fireplace. Leave the pilot button pressed for at least a couple of seconds to get rid of air bubbles, and let go.

Change the pilot button from pilot to on. Again, slightly press the button and turn it. Now the fireplace should automatically come on.

There should also be a button to adjust the temperature, with the settings high and low. Adjust for your desired temperature.

Step 6: Put the Fireplace on Auto

After learning how to turn on a gas fireplace, consider some ideas on how to improve your fireplace. You could upgrade from a log set gas fireplace to a built-in model.

Upgrading your fireplace is always an excellent idea to make your home nicer and more comfortable. If you are considering buying a new fireplace, it’s helpful to be aware of the main types of gas fireplaces. These are inserts, log sets, and built-ins. In terms of heating capacity, inserts and built-ins are the most reliable. Log sets don’t do a great job at heating a room but can provide a nice look to a room. 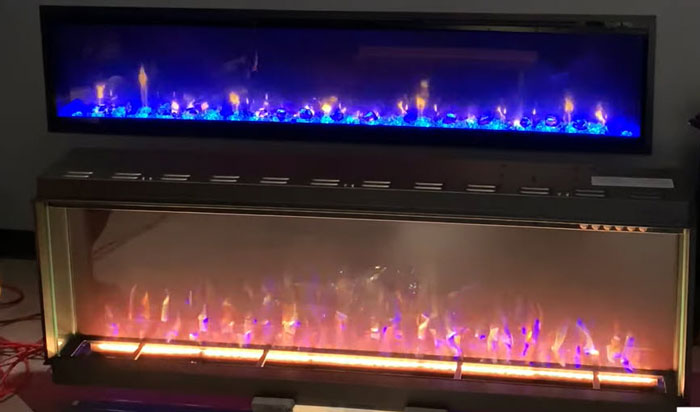 This is for people who want to turn their traditional fireplace into something more convenient. Insert fireplaces are a log-and-burner set inside a metal box that you can fit in your fireplace. Holes for the gas line and wires must be drilled.

This is the least expensive choice. It’s a stack of ceramic logs with a gas burner you can place in your fireplace. The installation also requires holes for the gas and electric lines. Log sets usually don’t heat a room as well as insert or built-in fireplaces.

This type of fireplace offers the widest range of designs, from models that mimic traditional fireplaces to other more futuristic or creative designs. Essentially, they are made like inserts, but since they don’t require an existing fireplace, you can choose the design of the whole fireplace.

Advantages of Using a Gas Fireplace 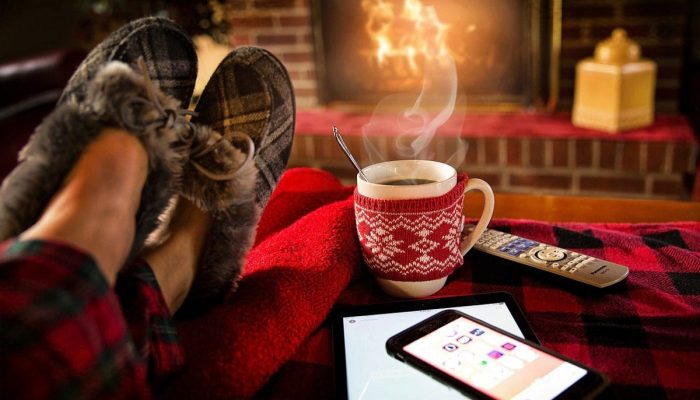 People love gas fireplaces because they don’t have to chop and store wood, and it’s not necessary to tend the fire. The ignition is extremely simple and quick, and you can just relax and enjoy the fire. In addition, there are no ashes or smoke, and you don’t have to clean the fireplace after using it. All in all, it’s without question the most convenient type of fireplace to own.

Gas fireplaces work very well, and they warm up a room just like a traditional wood-burning fireplace. The only downside is they can’t provide the sounds and aroma of a wood fireplace.

One of the main disadvantages of gas fireplaces is possible gas lines problems. A faulty gas line or a gas leak could put your family at risk. Always ask for the help of a professional when installing a gas fireplace.

You can install a couple of features on a gas fireplace to improve it. By upgrading you’ll also improve the value of your home.  A very useful thing to install is a thermostat. The thermostat monitors the temperature and you can adjust it manually or with a remote.

Also, you can add some led lights that recreate the flickering of a wood-burning fire. Finally, consider installing an electronic ignition to eliminate the need for a pilot light. Using the right ignition system will reduce problems encountered with gas fireplaces. 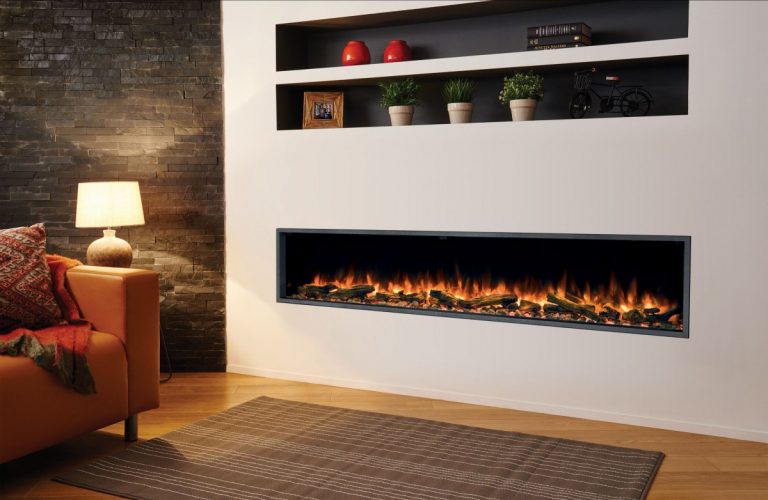